5 women in tech who should inspire you, regardless of your gender

Women in tech is a hot topic in the media right now. Melinda Gates has turned her focus to the topic, putting a team together which is dedicated to increasing the number of women in technology-related jobs.

A computer-science graduate herself, Gates is concerned with statistics that on average just 30% of people working in the tech industry are women, based on diversity reports published by 11 of the world’s largest tech companies.

What’s more, few of these women are actually holding leadership or technical roles, meaning that not enough women are influencing product development or business strategy, the two most key roles in a tech company.

Why are their less women working in tech?

Nina Patkai is the founder of StayInTech, a company which allows women to learn about the gender diversity credentials of tech companies and find organisations who have made a commitment to add more women to their workforce. The company have already worked with Dropbox, Evernote and Spotify. She believes that “issues such as working conditions, low salary and limited promotion, poor work-life balance and maternity leave, and a challenging company environment, have been a major challenge for women in the industry.”

It’s also a matter of education. “We need to change the perception of science and math as masculine fields by providing girls with female role models, and giving them hands-on experience with all different kinds of technology,” says June Sugiyama, a writer for techcrunch.com with 20 years’ experience working in the tech industry.

Let’s start now, then.  Here’s 5 inspirational women in tech who have proven that change is possible 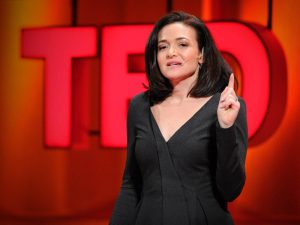 Sheryl Sandberg was the first woman to serve on Facebook’s board of directors. In her role as COO she was the first person to make Facebook profitable Previously, she was Vice President of Global Online Sales and Operations at Google. In 2013, Sandberg published the bestselling book, Lean In, which deal with issues such as the lack of women in government and business leadership positions. She also sponsored the 2014 Ban Bossy campaign, which aimed to stop the use of the word bossy to describe powerful, assertive women, arguing that it had a harmful effect on young girls. She has been ranked as the most powerful woman in tech by Forbes. 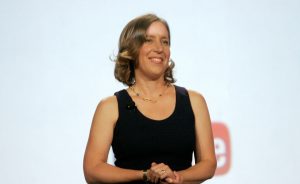 Susan Wojcicki was the first marketing manager for Google in 1999 after Google founders Larry page and Sergey Brin set up their office in her garage. As Google grew, so did Wojcicki’s career, and she became senior vice president of Advertising and Commerce, leading products such as AdWords, AdSense and google Analytics. She handled Google’s acquisition of YouTube in 2006 and became the CEO of YouTube in 2014. She’s been named the most powerful woman on the internet by Time Magazine. Wojcicki has been particularly outspoken about the need to change attitudes towards women in tech. “We need to give girls the opportunity to see what computer science actually is. They need to see for themselves how inspiring, how creative, how impactful computer science can be,” she said. 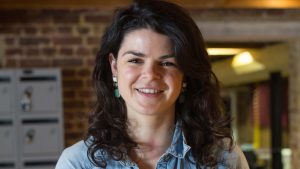 Alice Bentinck left her job in marketing in 2011 to build the first start-up accelerator for graduates in the UK, helping them build their own tech companies straight out of university. The 11 companies Entrepreneur First helped start in its first year are now worth over $90 million. After noticing the lack of women in the industry, Bentinck started Code First: Girls in 2012. It’s a free part-time course that gives women their first introduction to web programming. 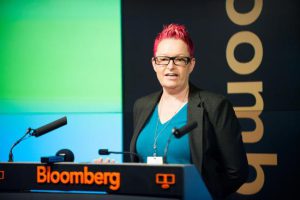 By the age of 25, Sue Black was living in a women’s refuge with three children. She took an Access to Maths course, which led to a place at London’s South Bank University. She is now a Senior Research Associate at University College London and was the founding chair of BCS Women, which provides networking opportunities for women in IT and encourages women to work in tech. She is a huge advocate for women in tech, setting up Techmums, which helps mums understand what their children are up to online with training to increase their own confidence online, breaking down the digital divide and helping them escape poverty. 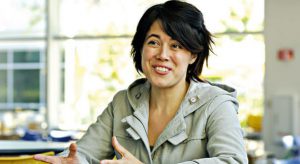 Caterina Fake started as a designer for a web development agency, working on websites for McDonald’s, Levi’s and Nike, before becoming Art director for salon.com, a leading US Politics and current affairs website. She co-founded image-hosting website, Flickr, in 2004. It was acquired by Yahoo in 2005. In 2009 Fake co-founded Hunch, a website which uses decision trees to make product recommendations to users based on their interests. It was bought by eBay in 2011 for $80million.