Amy McDonald: “My college peers really helped to shape my dreams and aspirations” 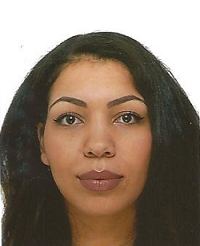 “I think the highlight of my career so far was moving to China,” said Amy McDonald, a former A Level student of Christ the King.

Amy studied A Levels in Psychology, Biology, History, English Language and Literature at Christ the King before progressing to university to study Psychology. Now an Admissions Officer for The British School of Beijing, Shunyi, Amy agreed to tell her story to our Alumni Team.

“I have never known what I wanted to do in terms of a career,” said Amy. “I have always followed my interests and passions and these sometimes change slightly.”

“My time in sixth form most definitely helped me to get to where I am today,” she said. “My subject choices for A-Level seemed somewhat unrelated to each other to some people, but I was able to follow all of my interests at the time and then make my decision as to what I was going to do next.”

Choosing to follow her interests while she was undecided on a definitive career path was the right decision for Amy.

“My family had never pushed me in terms of education so my college peers really helped to shape my dreams and aspirations, and showed me a path that would help me achieve those goals.

“Needless to say, some very amazing teachers kindled budding passions and interests I had at the time.”

When Amy moved on to university, she held several jobs alongside her Psychology course, which she “enjoyed very much.” After university she worked her way up through the retail industry.

“After a year at a watch shop, I went for a promotion and became store manager back in London,” she said. “Eventually I made the move into luxury retail and went into Customer Service Operations for a Swiss watch company in the City. I enjoyed all of my work experiences and the wide range of skills they bought me. I was well-established in my company but sought out a new life challenge after a few years.”

It was here in her career journey that Amy decided to start a new adventure and make the move to China.

“I moved to China in 2016 to work for an International British School in the Admissions and Marketing Department,” she said.  “It was a pretty big and bold move but now that I have done it and managed to settle in to a whole new work environment I look forward to the next big change in my career.

“I think one of the greatest challenges I have faced in my career was the notion of ‘knowing what you want to do’. Most of my friends had a set career path in their mind, or a ‘dream job’, which I have never really had,” admitted Amy. “ I have a ‘career plan’ in my mind but it is not tied down to following one set path or route. I learnt to accept this and not feel the pressure to be in the same field for the next 5/10 years. I think I am right in saying that I set other life goals and work my career around that.”